What The Largest Bitcoin Conference In The World Taught Us 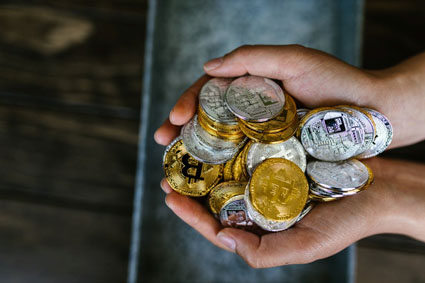 Bitcoin 2021 has been the largest bitcoin conference in history as it involved thousands of enthusiasts gathering in Miami to discuss all about the cryptocurrency. The majority were bitcoin maximalists, that is, people who have faith in bitcoin being the future of finance.

While the conference was held after the worst month for cryptocurrency in terms of overall losses, attendees were hopeful that bitcoin would recover. Here are some of the important takeaways from the conference:

El Salvador, a country in Central America, is set to become the bitcoin capital of the world. President Nayib Bukele announced via video broadcast he wants the nation to accept bitcoin as legal tender.

Each adult citizen of the country would receive bitcoin worth $30 as they download and sign up to the government's cryptocurrency application. The "bitcoin law" is set to launch on September 7. Nevertheless, the president emphasized that bitcoin would merely join rather than replace the US dollar as official currency.

Elon Musk, who is most popular for being the CEO of Tesla, is known to have a heavy influence on the bitcoin market. His tweets tend play a large role in the rise and plunge of bitcoin prices.

Just before the beginning of the bitcoin conference in Miami, Musk tweeted a broken heart emoji along with the hashtag #Bitcoin. Once again, this resulted in a 7 percent drop in the price of the cryptocurrency and was met with criticism.

According to Alex Mahinsky, the CEO of Celcius Network, the cryto industry does not require Elon Musk, but he continues to be the largest influencer of cryptocurrency.

Jack Dorsey, the founder of Twitter, expressed his interest in bitcoin. He predicted bitcoin as a large part of Twitter in the future. Dorsey revealed his plans to assimilate cryptocurrency into current Twitter products and services.

Jack Dorsey has been a crypto enthusiast for several years and has said that there wasn't "anything more important" in his lifetime to make an effort towards. It is important to note that he also has a personal interest in bitcoin, with his company, Square, having contributed $5 million to launch a solar power based bitcoin mine.

The active Miami crowd showed a rising interest in cryptocurrency, despite the recent dip in bitcoin value. Other than Jack Dorsey, popular personalities who featured in the bitcoin conference include the Winklevoss Twins, Floyd Mayweather, Michael Saylor, Tim Draper, and Paris Hilton.

According to The Ascent, more than 50 million Americans may purchase cryptocurrency next year. If you are looking for a cryptocurrency access company to help you out, explore https://www.hodlbum.com/.