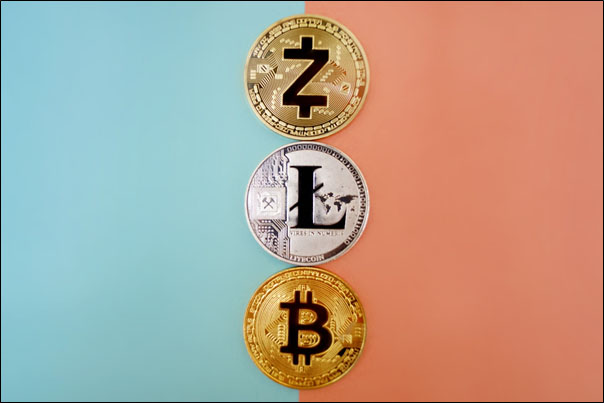 You will be surprised to know that as of April 2021, there are more than 10,000 different types of cryptocurrencies to exist. In types of Cryptocurrencies, we will talk about some names that you need to know.

Ethereum's main focus is on decentralized applications (i.e. smartphone applications) than on digital currency. In a nutshell, Ethereum can be thought of as an app store. Many people use the Ethereum app when they feel like they are not getting much out of Bitcoin. The token or coin used in Ethereum is called an Ether, which apps and developers use as currency.

Ripple is a type of cryptocurrency that is not blockchain-based. This is meant for mostly larger corporations and organizations than individual people because it specializes in moving larger amounts of money. The token or coin used here is known as XRP. The best part about Ripple is that it allows monetary transfer in all forms. It can be dollars or other global currency - even Bitcoin itself!

Despite its name, Stellar doesn't have a very stellar reputation. It focuses solely on money transfers, and the network that it uses is made for faster and more efficient transfers. Stellar's main goal is to assist companies and countries with no access to traditional banking and investment avenues.

NEO was developed in China - and no, it was not named after Neo, the singer. Formerly known as Anstshares, NEO's focus is to create smart contracts or contracts that are digitally smart, allowing people to execute and create agreements and contracts without the presence of an intermediary. Previously, all NEO did was assault its competition, Ethereum. But now, it has risen with the following three advantages: improved architecture, smarter contracts, and digital assets and identity. These make for a perfect combination and even perfect NEO.

Cardano is also known as ADA. Its main function is to digitally send and receive funds. Cardano developers believe Cardano is comparatively more stable and balanced as an ecosystem for digital currencies. Because of these claims, Cardano is forever the centre of digital scrutiny and reviews by several scientists and programmers.

While Bitcoin is the go-to option for trading and investing in cryptocurrency, it does one good to check up on other cryptocurrencies and their underlying functions.