Is It Too Late To Buy Bitcoin? 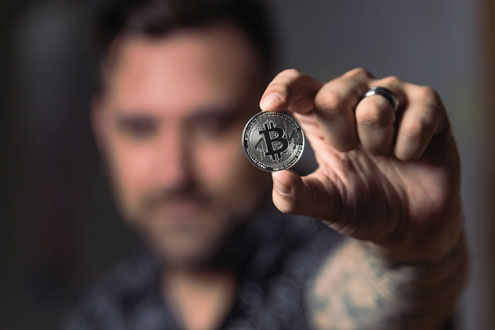 Bitcoin is a decentralized digital currency that came into being in 2009. Although it is known to offer high returns, it is also extremely volatile.

Many analysts believe that bitcoin peaked in the fall of 2017, after which it is on a downward trend. Is investing in bitcoin still wise or is it time to switch to another option? The answer is identical to that for stocks. No, it is not too late to buy bitcoin.

How Does Bitcoin Work?

Every bitcoin transaction is documented in a public list known as the blockchain. This helps keep track of bitcoins so that people do not spend coins they do not own, make copies, or undo transactions.

When Should You Buy Bitcoin?

The cryptocurrency market functions in a manner similar to the stock market. The trick of profiting from the stock market is to purchase strong investments and sustain them in the long run. If they are fruitful, their value will increase over time.

Cryptocurrency works in a similar fashion. If you are investing in bitcoin for the long term, it does not really matter when you make the purchase. Whether a bitcoin costs $30,000 or $70,000 today isn't really significant if it soars to $500,000 in the future.

Nevertheless, there is no guarantee regarding the success of bitcoin. If you are willing to sustain your investment for years, you are likely to make a profit. On the other hand, if you are looking for quick money, you may end up losing a large amount if bitcoin falls dramatically.

Certain events such as China’s ban on cryptocurrency and Elon Musk's tweets made many lose faith in the digital currency. However, it is important to note that bitcoin successfully increased by up to 600% in the 6 months during the last bull run.

Therefore while a 50% dip may seem like a plunge, take note of the fact that bitcoin is currently trading at 300% higher than the previous year’s value and 30% higher since the beginning of 2021. Here are some facts about bitcoin that demonstrate its relevance:

If you are thinking about investing in bitcoin, it is crucial to weigh all pros and cons beforehand. As cryptocurrency is highly volatile, it is vital that you invest money that you can afford to lose. Moreover, avoid the temptation of buying bitcoin just to make quick money, as it really isn't a way to get rich overnight.