How Is Cryptocurrency Regulated in Different Countries 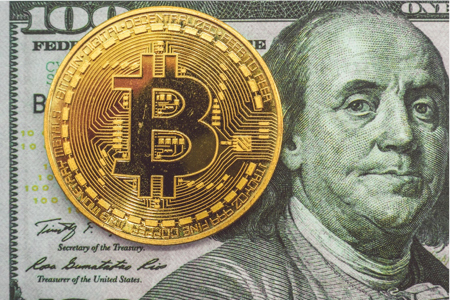 As the cryptocurrency landscape continues to grow globally, countries come under the threat of losing their traditional currency's value to the decentralized nature of crypto. Many countries have accepted famous cryptocurrencies such as Bitcoin as an official mode of payment for a wide array of goods and services. As cryptocurrencies seem like the clear future for money, it was only a matter of time before governments worldwide imposed laws to regulate cryptocurrency.

Powerful economies have laws in place for cryptocurrency regulation to protect payments and investments. This guide talks about how some of the biggest economies regulate cryptocurrency.

The laws in the US vary from state to state, and laws for cryptocurrency regulation are not any different. However, the economy favors cryptocurrency investors on a wide scale and has not imposed any crypto trading restrictions.

In a joint statement, the Federal Reserve System, Office of the Comptroller of the Currency, and Federal Deposit Insurance Corporation said that they recognize cryptocurrency as a potential alternative for the money. Within safe limits and projectable forecasts, the US continues to support cryptocurrency to promote businesses. However, cryptocurrency is not yet a legal tender in the US.

As with most other countries, the United Kingdom is not governing the flow and regulation of cryptocurrencies. The cryptocurrency currently comes under the Financial Conduct of Authority (FCA) that foresees the impact of cryptocurrency on the market and issues warnings to investors for safe use against the potential risks. However, businesses operating as currency exchanges are easily granted a license to operate in the UK.

On the other hand, crypto exchanges in the UK must comply with the same rules as traditional money exchangers and are taxed similarly on profits.

Unlike other major economies, Cryptocurrency regulations in China have not been favorable to investors and miners. The People’s Bank of China banned all activities regarding Bitcoin in 2013. Moreover, some countries also banned major crypto exchanges in 2017. However, the mining of small cryptocurrencies was still allowed under strict regulations. Unfortunately, the Chinese government also banned mining entirely in June 2021.

Most miners had to move abroad to continue mining. On the bright side, blockchain technology and related startups continue to grow as China develops its own digital currency, “Yuan.” The cryptocurrency is a fiat version of their currency and will be regulated strictly under the national laws of currency. Yuan is nearly developed and is in the testing phase.

Cryptocurrency regulation in the European Union is more complicated than in any other part of the world. The block consists of 27 nations, all having divided views on the emerging industry. Several countries in the EU have their approach to dealing with cryptocurrency, but the Union is considering a collective approach to maintain balance and regularity.

In September 2020, the European Commission released the draft Markets in Crypto-Assets Regulation (MiCA) that will require all of the EU to deal with the cryptocurrency as regulated financial instruments. This will most likely force these countries into accepting cryptocurrency as legal tender.

Cryptocurrency is a fast-growing global industry, and hundreds of investors are reaping the benefits of its high profitability. Read more about cryptocurrency to gain extensive knowledge on the subject.