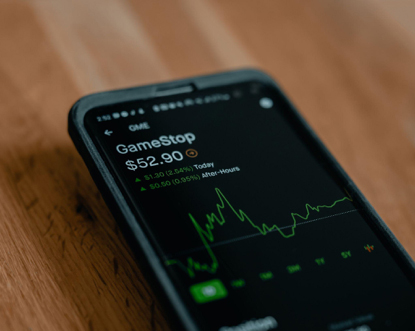 With growing popularity, cryptocurrencies were able to generate almost half a million transactions from around the globe in 2020. With an increasing number of cryptocurrencies entering the market every year, they have proved to be a trending alternative to traditional money transfer practices as they were intended to be.

Being the more convenient, faster, and beneficial mode of regulating money, it is notable how cryptocurrencies have impacted the financial markets.

The cryptocurrency was invented with the aim to move money around the world without the need for intermediary institutions. Regulating wealth more freely allows it to be faster and highly private. It is safe to say that the intended technology is working. Approximately 400,000 bitcoin transactions were processed by the end of January 2021.

The decentralization of money has spread fear among banks and government agencies that they will not be able to control the monetary flow, reducing the need for such organizations globally.

Disrupting the Role of the U.S. Dollar as a Global Currency

The U.S. Dollar has been the global currency for international exchange for decades because it has the central bank's highest contribution in foreign exchange reserves. A significant change in the U.S. dollar affects economies to fluctuate worldwide.

However, with the introduction of digital currencies, the international monetary exchange does not require the U.S. Dollar to determine exchange rates, which challenges the U.S. Dollar's role and authority as a global currency. In recent years, governments of some countries have started to accept money transfers in crypto tokens, which evidently is a big blow for the U.S. Dollar.

While the transaction of cryptocurrencies is made to be secure, the online exchanges that facilitate the trading of cryptocurrencies are often targeted for theft or hacking. However, the investors in digitized currencies are not the only ones affected by illegal activities. Banks and international finance institutions have growing concerns that money laundering initiatives can easily violate cryptocurrency's transparent money transfer nature.

The market of digital currencies has usually been volatile in recent years. As with stock markets, cryptocurrencies can experience dramatic swings in their prices, often causing investments to fluctuate either way. Traditional organizations see this market to harm the economy as the investors tend to invest their money altogether as the crypto market rises. The sudden withdrawal of millions of dollars affects the banks' operations heavily.

Based on analytics of recent years, it seems cryptocurrencies like Bitcoin, Binance, Litecoin will continue to increase their influence on financial markets. Though it still is uncertain how the fairly new cryptocurrencies can impact the financial markets on a mass level, the current effects show that it may even force some banks to switch their operations to crypto or be prepared for conditions like never before.