5 Reasons Why Bitcoin is Better Than Investing in Stocks 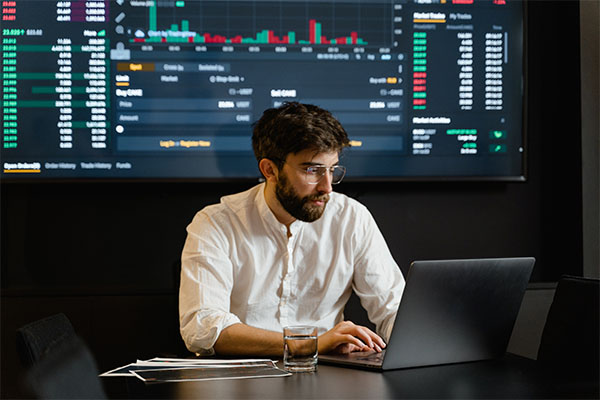 1. It's Simpler to Understand

Most investors research the price action of a certain asset before going forward with an investment. Bitcoin's price action can tell you a lot about its market trajectory as fewer factors influence the craze behind it. Stocks, on the other hand, require due diligence before investing as it tells you the standing of a company. Both assets can be over or undervalued; however, it's much more difficult to gauge a company's abilities, considering that a number of internal and external factors govern them.

Although Bitcoin is a fairly new currency, it has quickly established itself as a worthwhile competitor. That's partly due to the initial interest by retail investors that propelled its value to around $20,000in 2017. Now that institutional investors are eyeing the currency as a way to hedge against stocks, more money flows are expected to increase its market capitalization, thereby cementing its hold on global markets.

Correlation is a measure of comparison between different asset classes and how their price fluctuates with each other. Positively correlated asset classes show similar trends in price movements, whereas negatively correlated ones oppose each other's trends. Stocks can exhibit correlations with a number of other asset classes like currencies, bonds, and even real estate. Hence, investors have to remain vigilant of other asset classes as well as their stocks when investing. Bitcoin, on the other hand, has shown correlation with stocks only once in its history when the onset of the pandemic caused a crash.

Volatility may be a discouraging factor for many investors to go ahead with an asset class, but when used correctly, favor the investor in the long run. Bitcoin exhibits massive price swings, ranging in the thousands. That means you can reap profits by employing a dynamic long and short strategy depending on its price trajectory. Ultimately, it can lead you to earn a handsome amount all in a day's work. Stocks, on the other hand, tend to stabilize with time until some groundbreaking innovation sets to propel a company. However, long-term stagnation may benefit their competitor. If they can't compete, investors will be forced to withdraw their positions.

You must be aware of how banks use your money to their advantage, manipulating markets for their own benefit. Even if they face hard times, they normally get bailed by other banks or government institutions. You, on the other hand, lose all your money. Bitcoin is decentralized, meaning no banks are involved in facilitating transactions. They can provide other financial tools that mimic its behavior, but those don't involve owning Bitcoin. Only demand and supply currently govern Bitcoin's price action.