5 of the Best Cryptocurrencies to Buy Now 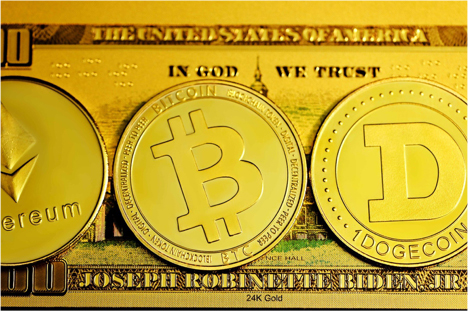 Are you looking to reap the profits of the fast-growing cryptocurrencies? If so, you need to check out these top cryptocurrencies in the market right now. Generally, hundreds of cryptocurrencies beat each other every day to topple the charts. However, picking out a cryptocurrency to invest in out of so many good currencies can be overwhelming.

If anyone even remotely knows about cryptocurrencies, they must be familiar with Bitcoin. This is because Bitcoin is the first cryptocurrency to start this revolutionization. The blockchain technology that all other crypto trading takes place on was originally introduced with Bitcoin.

In the past few years, Bitcoin’s value has skyrocketed. You could buy a Bitcoin for around $500 in 2016. Now, a single Bitcoin is traded for $42,000. This is not to say that Bitcoin is infallible. It sees its fair share of dips quite frequently. However, it is the number one cryptocurrency to buy because it rises back higher each time. Business giants, including Elon Musk, also recently invested $1.5 Billion in Bitcoin.

With a current market cap of $808.5 million, Bitcoin is the top cryptocurrency in February 2022.

Ethereum has been mentioned in the list of the best cryptocurrencies for a long time. It is also the most challenging cryptocurrency to Bitcoin. Ethereum is a cryptocurrency that also hosts a separate blockchain, and its currency name is Ether. Even though it is the second most valuable cryptocurrency, it is more popular among developers and is the highest-traded currency.

The popularity results from its wide range of practical applications, such as smart contracts, decentralized finance, and non-fundable tokens (NFTs). Growing 25,000% since 2016, it has grown significantly. Ethereum’s market cap at the time of writing this is $350 million, making it the second-best cryptocurrency in the world.

Unlike other cryptocurrencies, Tether’s value remains stable at $1 per Tether coin. Such cryptocurrencies are called stablecoin because fiat currencies back them. In this case, Tether is backed by the U.S. dollar. However, it doesn’t provide promising returns, so investors who like to play safe invest in this currency for smaller but stable returns.

The stable nature of Tether allowed it to maintain its position when all other currencies dipped from November 2021 to January 2022. Tether has recently taken over Binance Coin as the third most valuable cryptocurrency, and its market cap stands at $76 million.

Binance Coin was started only in 2017 but has quickly climbed up the ladder by applying itself to the masses. Binance coin offers discounts on transaction fees, which help the traders save a ton on payments and trading. Moreover, it is the most widely applicable currency as you can use it for payments across many organizations, including travel payments.

Binance coins keep themselves in demand by burning half their supply each quarter. As soon as they pump new currency into the market, the price shoots up. These factors have helped Binance coin become the largest cryptocurrency exchange globally. With a current market capitalization of $67 million, Binance coin is the fourth-best cryptocurrency to buy right now.