5 Most Popular Types of Cryptocurrencies 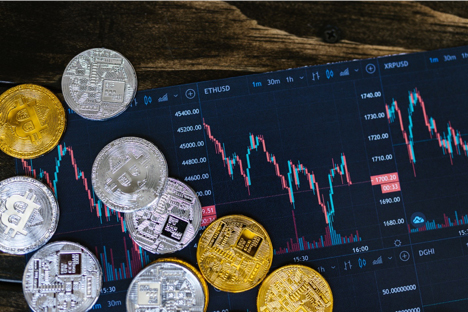 For the first couple of years, Bitcoin had a monopoly over the cryptocurrency market. However, blockchain technology of cryptocurrency is an open-source technology. This means that anyone can make their currency from the existing software.

Even if you are new to the cryptocurrency market, you must have heard the name Bitcoin. Its popularity has been on the rise ever since it became the first decentralized digital currency, which started the blockchain technology used by several crypto inventors worldwide.

At the time of writing, Bitcoin’s market cap stands at $823.84B, down from $1.3 trillion in November. The top cryptocurrency also comes with a volatile nature. However, it is still the most valued cryptocurrency and can rise again in no time. This is why it is the long-standing most trusted and invested cryptocurrency.

The second most popular type of cryptocurrency is Ethereum. Ethereum soared quickly up the ladder but has yet to overtake Bitcoin. Nevertheless, it is one of the most stable and profitable cryptocurrencies, whose market capitalization stands at $367.5B at the time. Ethereum offers many real-world utility applications, such as smart contracts. This is why it is highly trusted and popular among crypto investors.

With a current market cap of $77.98B, Tether has recently taken over Binance Coin as the third most popular cryptocurrency globally. When all the cryptocurrencies crashed by the start of 2022, Tether remained relatively stable, which is why it is gaining attraction from investors globally. Tether is a stablecoin because its value is always maintained at $1 per Tether coin. The low risk and a dollar reserve per coin is the reason behind Tether’s immediate success.

Other top currencies might be for the big leagues, but Binance Coin has climbed up the third position by being accessible to the masses. Even though it is the fourth-best cryptocurrency and has a market cap of $69.53B currently, it has the biggest cryptocurrency exchange in the world. Binance Coin offers discounts on the transaction fee, which plays a huge role in attracting customers.

Since millions of customers are already drawn to it, Binance Coin increases its demand by burning its supply, increasing their demand, and ultimately valuing the coin.

The USD Coin is another stablecoin cryptocurrency exchanged for a flat $1 rate. The market cap of the USD coin has recently shot up to $51.46B because of its stable nature. It is popular among investors because they take on less risk when investing in it. Though the USD Coin is not the best cryptocurrency for high returns, it provides above-average returns with minimum risk and several other benefits.