5 Bitcoin and Blockchain Topics You Should Care About 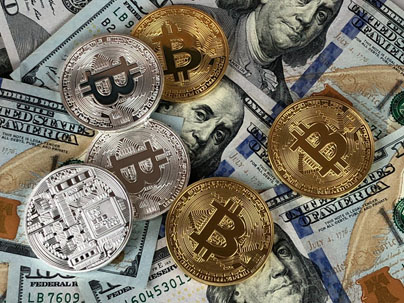 Bitcoin is a cryptocurrency that was invented in January 2009. It does not have a physical existence, with balances solely on a public ledger accessible by everyone.

This decentralized ledger used to create, trade, distribute and store bitcoin is known as blockchain. You can think of it as the record-keeping technology supporting the whole bitcoin network.

Here are some important aspects of trading in bitcoin and workings of the blockchain technology that you should know about if you are interested in learning more about how bitcoin works:

Bitcoin was created in 2009 according to ideas set out in whitepaper by a person with Satoshi Nakamoto as a pseudonym. The identity of this person remains a mystery to date.

Trading in bitcoin involves a large amount of computing power. Although bitcoin is not legal tender in several parts of the world, it is highly popular and was followed by the launch of many other cryptocurrencies.

Blockchain is essentially the record-keeping system behind bitcoin. It links the data in a chronological order. As it is decentralized, the users collectively exercise control over it at the same time.

You can think of blockchain technology like a bunch of blocks, with each one containing multiple transactions. As all computers making the blockchain function have a similar collection of blocks and transactions and can see new blocks being filled with transactions, it is impossible to cheat the system.

Blockchain is a safe technology that prevents scams. New blocks are saved linearly and chronologically, meaning that they are always connected to the “end” of the blockchain.

Once a block is attached to the end of the blockchain, it is rather hard to change its composition until a majority agrees upon it. This is because each block has its own hash, the hash of the earlier block, and the previously given time stamp.

What is Bitcoin Mining?

Bitcoin mining is a procedure where new bitcoins come into circulation. It is a vital part of the development and running of the blockchain ledger.

Bitcoin miners are rewarded with bitcoins in return for finishing "blocks" of validated transactions, which become part of the blockchain. Mining is becoming increasingly sophisticated, with complex machinery now required to quicken the pace of transactions.

Bitcoin can be as valuable as the worth people associate it with. While bitcoin does not exist in a physical form, it is certainly worth a lot of money.

Bitcoin is slowly being integrated into the mainstream system. For instance, some banks are serving as custodians for bitcoin, and El Salvador has become the first country to make bitcoin legal tender. Just like stocks, bitcoin has its own dips and peaks that need to be studied before you start investing.

Bitcoin can offer potentially high returns, but it is crucial to take into account its volatility. The blockchain technology is a robust system that ensures your investments remain safe from hackers. Trading in bitcoin can be risky if you want to make quick money, but can be fruitful if you plan to hold on to your investments in the long run.