Differences Between Bitcoin and Dollar 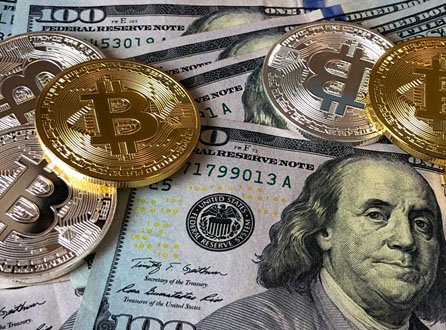 Bitcoin has taken over the world and the financial industry by storm. It has been eleven years ever since they first left a mark on our lives. With the emergence of blockchain technology, the usage of bitcoin has seen a noteworthy ascension. This has also led to a rise in cybersecurity and more and more people stepping out of their comfort zones when it comes to smartphones.

But still, while Bitcoin is here to stay, that does not mean digital currency will be forgotten any time soon. We will walk you through how both currencies differ in Differences Between Bitcoin and Dollar.

When it comes to flexibility, Dollar and traditional currencies lose - again. There is no limit to the dollar being printed, which means whenever there is an inadequacy, there is also an impact on buyers and sellers alike causing inflation and changes in prices, supply, and demand. However, Bitcoin is bound by a limit of twenty-one million bitcoins. Not more than this are ever mined which is why both sellers and buyers adjust their needs and requirements accordingly. Never there is ever inflation in the cryptocurrency environment because of this very limit. Also, there is no possibility of currency being frozen, either.

Because dollar and traditional currency are physical, you are required to provide, always, personal details like your name and address, contact information, and a whole lot more in some cases. And, if you are using an online medium for a transaction, the risk of being exposed vulnerably to online hacker attacks is too great. Frauds will try to steal your money right from under your nose. There is no such thing when we talk about Bitcoin and cryptocurrency, in the case of which, all transactions are recorded in the form of blocks â€“ hence the name blockchain â€“ and user data and information is safe from third-party access.

Unlike the dollar, which comes with a transaction fee more often than not, there is no transaction fee on Bitcoin. Sometimes, banks go inactive for a few hours due to scheduled maintenance and you are unable to send or receive money until the issue is resolved. Bitcoin runs on a 24-7 service and is always functional. In the case of international transactions, small fees may be incurred when Bitcoin is concerned. However, it is a lot more when you are trying to send dollars and other traditional money internationally. Cost is reduced greatly from Dollar to Bitcoin.

When we compare the dollar with bitcoin, we see more convenience both physical and monetary with bitcoin. However, traditional money will not, in the foreseeable future, be completely replaced by Bitcoin. It is wise, though, to acquaint yourselves with the workings of Bitcoin now only, before it is too late.