Countries That Have Banned Bitcoins 2021 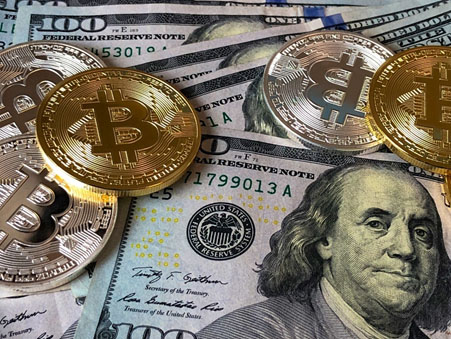 Bitcoin is a contentious asset for a number of people, those in power find the currency more intimidating than most. The capability to print money is a government's - any government's, in fact - most coveted power.

With the bitcoin taking over, it is only natural to see some countries take immediate offense and ban the cryptocurrency. It is surprising why the demand for government bonds and cash incentives has seen a precipitous decline at the same time as the ascension of the now much-revered bitcoin. While the urban FOMO is one factor, people simply find the currency and its prospects more lucrative.

In this microblog, we will list countries that have banned bitcoins in 2021 and comment on the why.

The central bank of Bolivia has kept bitcoins on an irreversible ban since 2014. This applies to any kind of money that was not regulated by the Bolivian government - in short, Bitcoins. Another law was passed on the denominating of prices concerning any currency not approved by the country's national institutions.

China banned bitcoins in early 2013. Because bitcoins were being used in illegal drug and firearm trafficking, the People's Bank of China decided to put the infamous currency into absolute oblivion. This law was put into action more on the corporate side than it was on common men. Even when operations ran on the cryptocurrency, secret organizations, and back-end activity, the Chinese government identified the culprits and imposed a "stronger" ban in late 2017.

China is developing its own cryptocurrency, but the use of what we call bitcoins is prohibited.

Algeria entered the ban-cryptocurrency game 2018 by amending its financial law. It is illegal to possess any kind of virtual currency not regulated by the Algerian government in Algeria, let alone bitcoins. As per the Algerian government, currency lacking support via coins, check, credit card payments, and paper money is categorized as virtual money and is illegal. While many argue countries are simply against cryptocurrency, their flimsy art of subtlety is lost both on these governments and their people.

Morocco banned cryptocurrency a year before their Algerian counterpart. Government stipulations in Morocco concluded that due to their being a risk of "hidden" payments, it was for the good of both the country and its people that cryptocurrency is banned. Here, trading in cryptocurrency and possessing it is punishable via a minormonetary penalty. It is ironic how Morocco is one of the four African countries where bitcoins are traded with a ferocity seemingly unknown to the governments even with such strict restrictions.

Saudi Arabia has also banned bitcoin and cryptocurrency of all sorts and origins. This has posed a national problem because the country itself has a decentralized currency system. SAMA or the Saudi Arabia Monetary Authority has published an official warning stating a complete and outright ban on bitcoin, cryptocurrency, and dealings of unauthorized securities and the market.