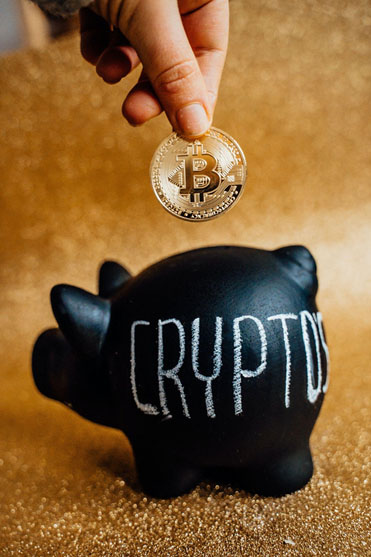 Bitcoin is a decentralized currency that can be used to send and receive money from anywhere in the world. The digital currency is not governed by any bank or regulator, so transactions are quick and easy with minimal fees. You create an account by signing up to one of the many online Bitcoin exchanges and use your Bitcoins to purchase goods or services on their platforms.

With the recent surge in popularity, it's hard not to get caught up in all the hype surrounding Bitcoin investment opportunities. If you're new, the following article will provide you with some tips on how to begin investing in Bitcoin.

A cryptocurrency wallet stores private and public keys that are used to identify the owner of a certain amount of currency and provides users with access to their funds. It's like having an online bank account that you control but don't need any personal information for, including your ID. This means all transactions can be made anonymously.

The quickest way to earn Bitcoins is through mining. However, this takes time and energy to do correctly. Thus, the wiser second step towards investing is buying Bitcoins via exchanges.

One way people are earning Bitcoins more quickly is by trading it directly with each other or converting their dollars into euros or vice versa through exchanges like Coinbase.

Exchanges are websites where you can buy Bitcoins with other types of currencies like dollars, pounds, euros, etc. The most popular place that offers the best rates for buyers and sellers is Coinbase because they have low fees and their interface makes it easy to use.

Use Encryption To Secure Your Bitcoins

After you have purchased Bitcoins and started buying and selling, you should secure them by encrypting them using a password of at least 16 characters long. You can also use an encryption program to make this process easier for you if desired.

Once the Bitcoins are encrypted, it is wise not to save passwords on any device that might be stolen or hacked into in order to avoid someone else gaining access to your coins. It is also important not to store these passwords online as hackers have been known to break into accounts and steal coins from unsuspecting users.

To ensure that no one else has access to the account, people often delete their saved passwords after they've successfully accessed their account with it so there's no chance of anyone being able to get back in later by accessing those same details again.

It is never too late to start investing in Bitcoin. If you have been on the sidelines waiting for a dip so that you could buy some, this might be your last chance at getting started with digital currency before it becomes mainstream and skyrockets again.