Bitcoin HodlBum ATM at Food Plus

Buy Bitcoin at HodlBum ATM at Food Plus 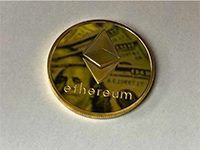 What is Ethereum and How Does It Work?

Ethereum is a decentralized network that runs smart contracts. It was created as a platform for creating these contracts but has evolved to include blockchain-based solutions for everything from governance and voting to domain names and digital identity. This post will talk about what Ethereum is and how it works.

Is It Possible to Get Rich With Bitcoin?

Many of us are struggling to make ends meet while others add to their financial independence and “retire at 40” plan. This influx of money is all due to the boom of cryptocurrency. Cryptocurrency has certainly proved its worth to the world, and people see it as a fruitful investment.